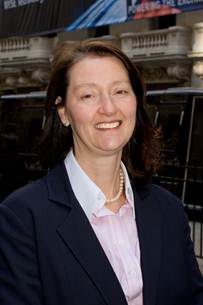 Marjorie started building the infrastructure for Altum in January 2009, and began employing its investment strategy in July 2009. Prior to starting Altum, Marjorie had a 17 year career at Bear Stearns including 3 successful years managing proprietary capital in mortgages and CDOs from 2005-2008. She established and ran the first market-making CDO trading desk on Wall Street from 2000-2004, trading a wide range of CDO asset classes. From 1991-1999 she founded and managed the mortgage derivatives business, during which time she executed Index Amortizing Swaps linked to mortgages and balance guaranteed swaps linked to CMO tranches, traded agency CMO derivative tranches on a proprietary basis, and pioneered CDO swaps linked to the amortizations of CDO tranches. Prior to this, Marjorie worked at First Boston, where she spent 6 years in various capacities, including OAS modeler, Head of Risk Management, and as a corporate warrants trader. Marjorie holds a PhD in Mathematics from Stanford University, with a specialty in stochastic processes.